Crossing the Mississippi at Chester, Illinois gave me a tremendous buzz – especially after the previous evening’s flat tire while riding a levee in a downpour. With my head down due to the strong headwind, I missed the Welcome to Missouri sign 😦

With its lush green, rolling landscape, Missouri reminded me of the south of England, but without the quaint villages and tearooms. After the Appalachians in Virginia and Kentucky, I thought I was done with strenuous climbs for a while, so the Ozark Mountains in Missouri came as a bit of a surprise. The climbs were shorter but steeper, and the descents very fast. I reached a record 42 mph in the Ozarks.

Mountains seem to trap bad weather. To get the most reliable forecast, I’ve taken to asking a local, but I guess wishful thinking is why I didn’t ask yesterday. Soon after I set out, the skies darkened, the rain started, and claps of thunder rolled in the distance. Flashes of lightning soon became unnervingly close. I spotted a gazebo near the roadside and rode to it. The three military guys were already sheltering there. We hung around for a bit, but with Pilots Knob just 4 miles away (yes, that really was the name of the town), I headed to it at warp speed

“Give it all you’ve got, Scotty”, I urged myself on. Decelerating at what looked like a cafe, I was initially thrown by the name “The Hustler”, especially given the name of the town. But perhaps it was “The Rustler”. Difficult to tell in the driving rain. Anyway, the military guys seemed to know what they were doing, so I followed them in, hoping that I wasn’t inadvertently entering a house of ill repute. A quick glance at the diners reassured me that it was a family establishment.

The forecast on the TV above the counter spelled more doom and gloom, so the military guys opted to stay in Pilots Knob. But I felt the Force was with me, and after double-checking with the platinum blonde behind the counter, I decided to go on. It turned out to be a good move, for as I was leaving the cafe, a customer pushed $20 into my hand. She had heard that I was cycling across America. I suspect she thought I was too poor to take the bus!

Aspiring gentleman of leisure in San Francisco, who fancies himself to be a trust fund kid swapped out at birth. Not dented by the male menopause and a pesky diagnosis of leukemia, this former strawberry blond cycled across America, coast to coast, in 2016 and is presently cycling from Vancouver, Canada, to the Mexico border. View all posts by CL Mackay 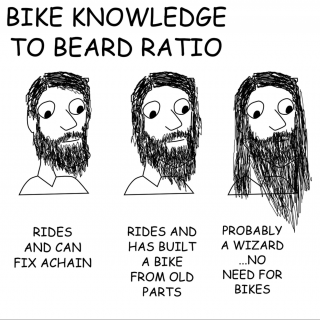 Aspiring gentleman of leisure in San Francisco, who fancies himself to be a trust fund kid swapped out at birth. Not dented by the male menopause and a pesky diagnosis of leukemia, this former strawberry blond cycled across America, coast to coast, in 2016 and is presently cycling from Vancouver, Canada, to the Mexico border.